I was once asked to give a talk to a load of business men on how to think differently when addressing problems. I took them out into the woods and gave them all a piece of paper and a pencil. I asked them to draw a tree in front of them taking only 60 seconds. There were a few sighs and grumbles of “what on earth are we doing here, we are far too important to be drawing trees…. etc etc” and the mood was a little bit hostile. In silence they did their drawings and we laid them out to have a look. All of them were roughly the same, with two lines defining the trunk and a loose rendition of the canopy. No one said anything. I then asked them to put a fresh piece of paper against their stomachs and to draw the tree without looking at the paper. They looked at me as if I was mad but the mood instantly changed. Smiles broke out and they began to chatter. It was as if I had now given them permission not to worry about the quality of their drawing, because without control there was no expectation or judgement. They were doing something for the first time and they could make a mess of it and have fun.

After 60 seconds we laid down the drawings and every one of them was completely different. I said nothing and waited…. eventually someone said “Yours looks like a flock of birds is rising from the tree” and another said “ Yours looks like a house with a man stuck on the roof… “ etc etc. Everyone was enjoying their drawings and conversations about the tree being a house, a bird, a figure and many other things flowed. The point I was trying to make was that by losing control, you let go of the safe signature style and enable yourself to see things differently, as if for the first time.

I suggested they could use this in problem solving at work. If they approached their problems in the same way that they always have, they probably are just repeating the process that produced the problem in the first place. The trick is to introduce something into the process that is uncontrollable and thus they react in the present moment.

I remember an amazing thing happened later in the day. I asked this guy who was quite senior in the National Health Service to pick up a stick that he liked the look of. I then asked him to use the stick as a metaphor for the problems he had at work. He sighed, as if I was just being annoying, and with a heavy heart started to look at the stick in detail. He said the moss was like all the different departments that he has to coordinate, but they are all unconnected and in patches. The stick was not straight, but had random angles leading one in the wrong direction… he talked for about a minute then stopped. He was crying. He said it was his job to close a hospital but it was not going well and after a year he had got nowhere. He now realised that the reason for this was because he did not want the hospital too close. By forcing him to make a bizarre analogy, new lines of thoughts arose that would not have normally arisen in his usual ’signature style’ of thinking.

I think there is a connection between an artist wanting to see and draw like a child and a business man benefitting from seeing things in a different way. The connection is that by letting go of control of a familiar process, it allows the unknown to present itself. The new experience or the results of losing control can then be used in the future or discarded, but the important bit is that ones library of experience has grown. 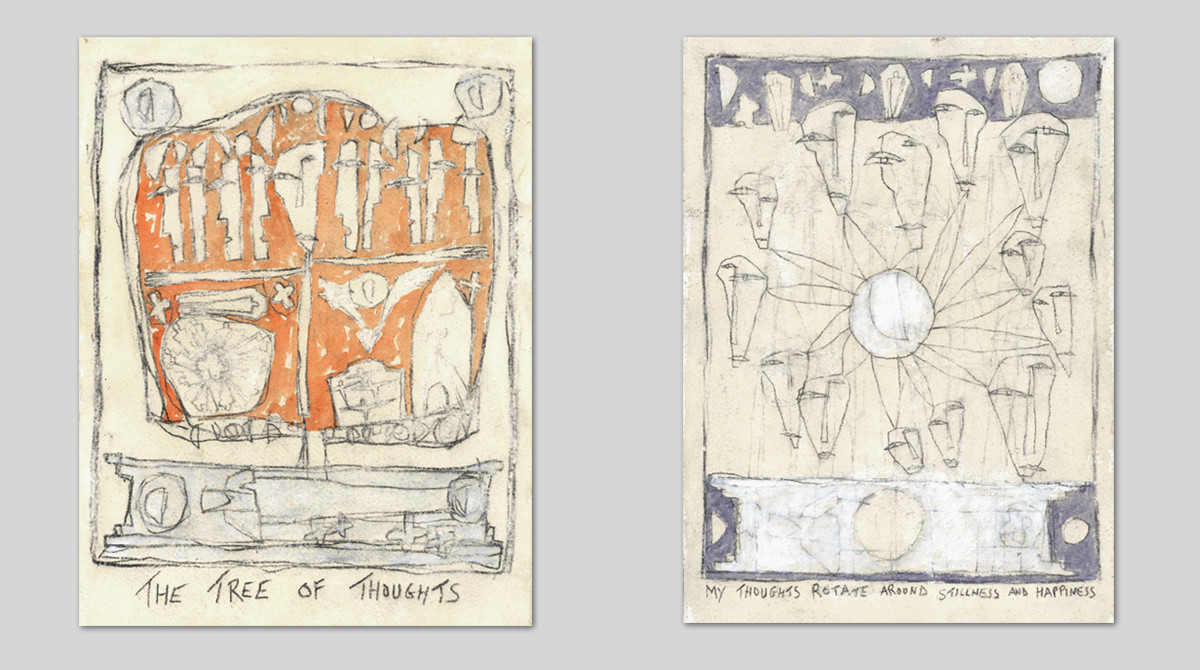